The Stephen Rice Memorial Scholarship Fund was created by his loving husband, Mark Erwin, as a tribute Stephen’s love for and work within radio, television and film, and to honor is steadfast charitable work in Austin. Stars really aligned for Stephen when we was able to blend both his passion for radio with his deep love for his community. His work included many charitable causes, most notably his personally produced GLBT Radio Show OutCast on KOOP, his job at KUT and the struggle against HIV. This fund will carry on his spirit through giving to young GLBT with similar passions. Stephen was a well-recognized voice and leader in the Austin community. His combination of good looks, quick humor and charismatic personality made him one of the most popular people in Austin. But, it was his loving heart that made him a strong husband, close friend and endeared community leader.

At the time of his death, Stephen was a well-known radio host on Austin’s KUT 90.5 radio station and a host of a local community GLBT news affairs program called OutCast on KOOP. Stephen loved hearing people tell him that they had heard him on the radio. When greeted with those words, his ear-to-ear grin and eye twinkle gave away his love for being on the air. Stephen loved to talk about the phases of the moon and current events in the area. He loved playing Christmas songs to the listening public. He woke up to news and went to bed to it. He loved media.

In his short life, Stephen also made news. He was an activist and committed to many causes that noted him in the Austin American-Statesman as “Best AIDS Fundraising Couple” alongside his husband, Mark Erwin, and also won a “Best of Austin” award multiple years for his activism with various HIV and GLBT causes. He served on several boards and fundraising committees that were devoted to causes he cared about. Stephen produced a weekly GLBT public affairs show that attracted national personalities.

Stephen loved family and friends. His siblings describe Stephen as “the glue that held our family together, because no matter who was mad at whom, we could always call Stephen.” Stephen was the friend that would always brighten your day, make you smile, and bring laughter to your heart. His husband, Mark, always saw Stephen as the heart and soul of their 21 year marriage. Stephen was the man who knew how to hug and to bring peace to your heart when you were troubled.

Stephen worked hard. While attending Southwest Texas State University, he interned with United States senators and worked at several prestigious Austin law firms. Stephen started, built and sold his own business, which allowed him to switch gears and follow his heart to radio. The journey to radio was not easy, in fact, he had to work two jobs in order for he and his husband to make ends meet. And on top of all of that, Stephen managed the household. He took the pups walking every morning and night. And he did it all with love.

Born on August 11, 1970, Stephen was a proud Leo. He grew up with his mother Stephanie and his father Cone and with four beautiful siblings, Chip, DeDe, Vivian and Margaret. He was popular, funny and charming in his East Texas schools. In High School, Stephen was an editor of the class yearbook and was voted in as class Vice President. Stephen was Vice President of his Sig Ep fraternity in college as well.

On Sunday, July 16, just over a month away from his 47th birthday, he passed away from complications resulting from a 4-wheeler accident while vacationing in Denver. Stephen’s combination of charismatic good looks and quick humor as well as his Texas-sized heart and smile will never be forgotten. 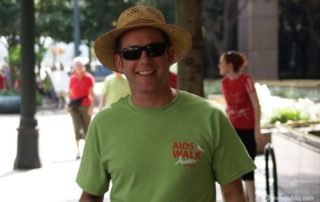 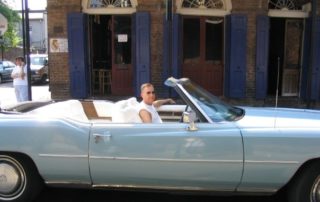 The Stephen Rice Memorial Fund is offering a GLBTQ Media Scholarship (“Stephen Rice Scholarship Fund”) through KOOP Community Radio and will be awarded to the high school senior(s) and/or current college student(s) who best meet the requirements set forth by the Scholarship Committee. Scholarship awards can cover any academic or university housing expenses during school term. Award amounts are scheduled for $2500/year although some years we may award more.  All awards are up to discretion of the Selection Committee.

The Selection Committee will review and score all submitted applications. Applicant’s references may be contacted by telephone. The Scholarship Committee may choose to interview applicants.

Guidelines for the Sponsored Scholarship Program

Scholarships are open to graduating high school seniors and students currently enrolled at any
college or university. Scholarship monies will be paid directly to the educational institution in the student’s name.

Student applicant should note any special financial needs on their application form.

All applications and supporting documents must be received no later than September 15, 2022.

Please advise your high school/college registrar of this deadline for submission of transcripts and other supporting documentation. Student applicants that have completed one full academic year at a college/university do not need to submit high school transcripts. 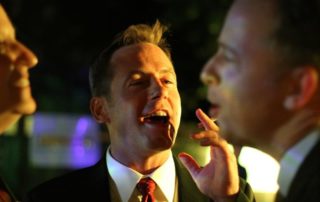